THIS POST LINK HAS BEEN DISCONTINUED AND NOT UPDATED 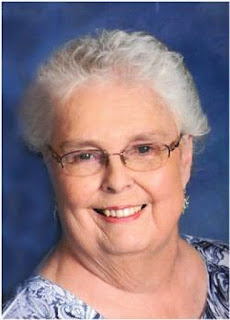 A Celebration of Life will be held at 10 AM on Thursday, January 14 at Trinity United Methodist Church in Lead, with visitation one-hour prior to services.

Jill was born Aug 30, 1939 to Lawrence and Verna (Traverson) Anfinson in Deadwood, SD. Her family moved several times throughout her childhood but returned to Deadwood where Jill graduated from Deadwood High School in 1957. After finishing her 2-year degree from Black Hills Teachers College, Jill married her high school sweetheart, Jerry Pontius, on June 26, 1959. She later went on to receive her bachelor’s degree in education from Black Hills Teachers College and was a substitute teacher for many years in the Lead-Deadwood public schools. She was a ski instructor at Deer Mountain during the early years of its operation.

Jill was a devoted wife and mother of three boys, and always active in serving the community. She was named outstanding Jaycette of the Year three different times and held almost every office in Jaycettes during the 10 years she was involved. As a follower of Christ, she served in her church, Trinity United Methodist, in a variety of roles – president of the local UMW group and treasurer at the district level, Sunday school and release time classroom teacher – and was quick to help wherever there was a need. Her compassion and generous heart often led her to reach out to others in need with meals, housework help, and care of the children. She always remembered birthdays and anniversaries and was a wonderful wife, mother, grandma and great- grandma who will be greatly missed.

Arrangements are under the care of Lead-Deadwood Memorial Chapel of Lead. 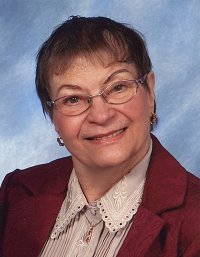 Frances Ann Torgrude Erickson, 79, of Sturgis, SD, died Oct. 23, 2015 at Sturgis Long Term Care. She was born to John and Pansy Marie (Trew) Wagner on July 26, 1936 in Deadwood, SD. She attended school in Deadwood, graduating from Deadwood High School in 1954. She married Conley Torgrude in 1957 and to this union four daughters were born. She married Carl Erickson in Reno, Nevada in June of 1981.

Fran was very active in her church, Bethel Lutheran, later renamed Shepherd of the Hills Lutheran Church of Lead, SD, serving as parish secretary for many years. She later joined Grace Lutheran Church in Sturgis.

Fran began working for the U.S. Forest Service in 1978 at the Box Elder Job Corps Center near Nemo, SD, as the receptionist. When she retired in 2005, with 27 years of service, she was the Administrative Officer. She also worked for the Forest Service at the Nemo Ranger District at Deadwood, and the Spearfish Ranger District. Fran truly enjoyed working and greatly valued the relationships she established with her coworkers and the youth at the job corps.

Fran was involved in sewing, crocheting and crafting in younger years, but in later years, gravitated to more interactive pursuits such as playing cards (she loved pinochle), ballroom and square dancing, and singing with the church choir. She enjoyed traveling to group functions, meeting new friends, and reuniting with old friends and family. She retained a loving connection to her fellow classmates of the Deadwood High School class of 1954, especially with her dear friend, Loyola Moser Rundel.

Fran loved birds, and was especially partial to hummingbirds. She spent hours sitting on her back deck, or wherever they were, watching them flit back and forth.

Fran was preceded in death by her parents, an infant sister, Grace Marie, nephews Keith, Brian and James Davidson, and an aunt, Martha Wilkins.

Memorial services will Tuesday, Nov. 3, 2015 at 10:30 AM, at Grace Lutheran Church, Sturgis. Lunch will follow, with inurnment following at 12:30 PM at Black Hills National Cemetery, Sturgis. A memorial has been established. Condolences may be made to the family at kinkadefunerals.com
Posted by DickD at 2:08 PM No comments: 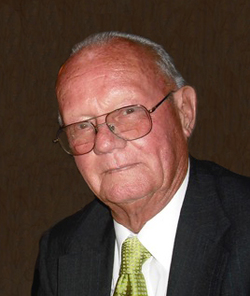 Bill was the third son of Paul & Signe Fish, born in Deadwood, SD. In his beloved Black Hills, Bill and his siblings made a name for themselves as the “Fish Boys,” with their little sister Elaine along for the ride. Bill graduated from Deadwood High School in 1950. While in Deadwood, he met the love of his life, June (Zaiser) Fish. Following his high school graduation, Bill was awarded a scholarship and attended engineering school at the South Dakota School of Mines. However, life took him in a different direction and he enlisted with the United States Marine Corps in 1953.

Bill and June were married on June 30, 1954 in Santa Rosa, CA. Soon their family grew to include five wonderful and adventurous children. While stationed in San Diego, CA, Bill was selected to participate in and was selected for the Naval Enlisted Scientific Program. Bill and June were moved to Lincoln, NE where he obtained his Bachelors degree in Physics and Mathematics from the University of Nebraska at Lincoln and was initiated into Phi Beta Kappa.

When Bill graduated from the University of Nebraska in 1961, he was commissioned as a 2nd Lieutenant in the Marine Corps. While attending The Basic School in Quantico, VA, Bill was promoted to 1st Lieutenant.

During his career with the Marine Corps, Bill was promoted to Captain and later Major. His career took him to California, Okinawa, Virginia, Hawaii, Vietnam, Maryland, and North Carolina. His work as a communications officer included working with the NSA and the 2nd Marine Air Wing. Between deployments and stations Bill and his family always returned to the Black Hills. By the time he retired in 1976, he had received many accolades for his service.

Following retirement from the Marine Corps, Bill and June moved back to the Hills, where they’ve remained ever since. He continued his work as an electronics engineer working with Motorola and then Solar Sound until his final retirement. Bill not only enjoyed golfing with his friends and family, he loved riding through the Hills, always meeting a friend, and using his sharp wit and humor with those he loved.

In addition to his love and wife, June, and progeny, he leaves behind his sister, Elaine Casteel (Perry) of Shelbyville, TN; as well as his friend and brother-in-law Leonard “Peanuts” Newman and sister-in-law Claudette Newman of Rapid City; sister-in-law Anna Fish of Alexandria, VA; and many beloved nieces and nephews. Bill was pre-deceased by his parents, Paul and Signe Fish; his mother and father-in-law, Herb and Lillian Zaiser; brother Donald Fish; brother John “Roy” Fish; brother-in-law Verne Zaiser and his wife Betty; and grandson Michael Paul Fish.


The family will receive visitors 4:00 to 6:00 pm. on Monday, October 5 at Osheim & Schmidt Funeral Home in Rapid City.

A funeral service will be held at Osheim & Schmidt on Tuesday, October 6 at 10:00 am. with Chaplain Herb B. Cleveland officiating.

The burial service will take place at 12:00 pm. at the Black Hills National Cemetery near Sturgis with full military honors.

An online guest book for Bill may be signed at www.osheimschmidt.com 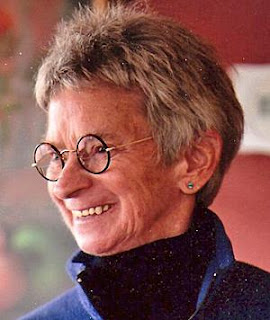 Helen Brandt Battiste began her life in the Black Hills of South Dakota on June 17, 1937, and later moved to the Southwest, having fallen in love with Arizonia's Sonoran Desert.

Helen was a master's degree Registered Nurse for 50 years, working in behavioral health, and was an early pioneer in hospice nursing. She retired in 2007 from the Carondelet Hospice where she was a nurse case manager.

She is remembered by friends and family members including son, Jack and his wife, Mary; grandson, Matthew; great- grandsons, Austin and Benjamin and her life partner, Josefina Ahumada. 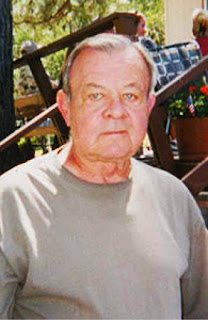 Alvin Max Oestreich, 83, Hill City, died Tuesday, Aug. 11, 2015, at Rapid City Regional Hospital. He was born in Deadwood to Henry and Iva (Peyton) Oestreich. He graduated from Deadwood High School in 1950. He joined the U.S. Navy in 1951 and was honorably discharged in 1954. 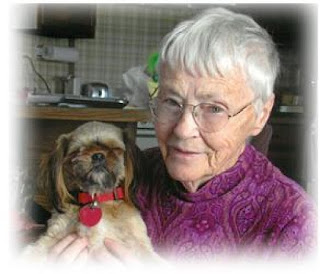 Geraldine “Jerry” Lea Nelson of Rapid City passed away in Rapid City Regional Hospital due to pneumonia complications on September 19, 2015.

She was born on June 16, 1936 to Leonard (Spud) and Tina Page in Deadwood, South Dakota. She attended school and graduated from Deadwood High School in 1955. Jerry married LaVerne Theodore Nelson on June 1, 1955 and during their 21 years of marriage made their home in Lead, SD. They had two children, Claudia Jean Nelson Fredericksen and Brian LaVerne Nelson.

Jerry was involved in Girl Scouts as a Brownie and continued her involvement as an adult serving on the Black Hills Girl Scout Council Board of Directors, Camp PaHa SaPa Caretaker for two years, Day Camp Director, Neighborhood Chairman of Lead/Deadwood, Troop Leader, Trip Director for Girl Scout Council trips to Canada and Washington D.C., plus numerous troop trips to Canada, Medora, National Center West, Ft. Robinson, and 6th Grade Trip to Pierre. She also worked on numerous Girl Scout Council events such as a Council sponsored National Girl Scout event called “Do It In Dakota”; the Mall Festival, Super Saturday, and Heritage Trail. Jerry also served as a Camp Director at a Girl Scout camp in Indiana for one summer. She was one of the original people involved in the establishment and development of Camp Friendship for the physically and mentally challenged. She received the highest award in Girl Scouting, the Thanks Badge.

Jerry had a passion for bowling, she bowled on leagues in Deadwood and Rapid City for many years. Being on oxygen 24/7 did not prevent her from participating in the bowling leagues.

She was involved in the Episcopal Church in Deadwood while she was raising her children, belonged to a card club in Lead and was active in the Lead/Deadwood community. She moved to Rapid City and attended National American University and received an Associate Degree in Accounting and an Associate Degree in Business Administration. Jerry worked at several businesses in accounting and was forced into retirement due to her physical limitations. Jerry loved to camp, travel, play cards, gamble, go 4-wheeling, work her puzzles, be with her dogs and be with her family and friends.

She was preceded in death by her parents and is survived by her two children, Claudia (David) and Brian (Mel), all from Lead, good friend and companion, Bonnie, four grandchildren; Jeremiah, Davida, Brianna and Casey, and eight great-grandchildren: Ashley, Jeremiah Jr., Alejandra, Erica, Hannah, Payton, Keaten, and Kinsly.

A celebration of life will be held at 10am, Friday, September 25, 2015 at the Lead-Deadwood Memorial Chapel in Lead. A lunch will follow at the V.FW. in Deadwood.
A memorial has been established.
Posted by DickD at 9:10 AM No comments: